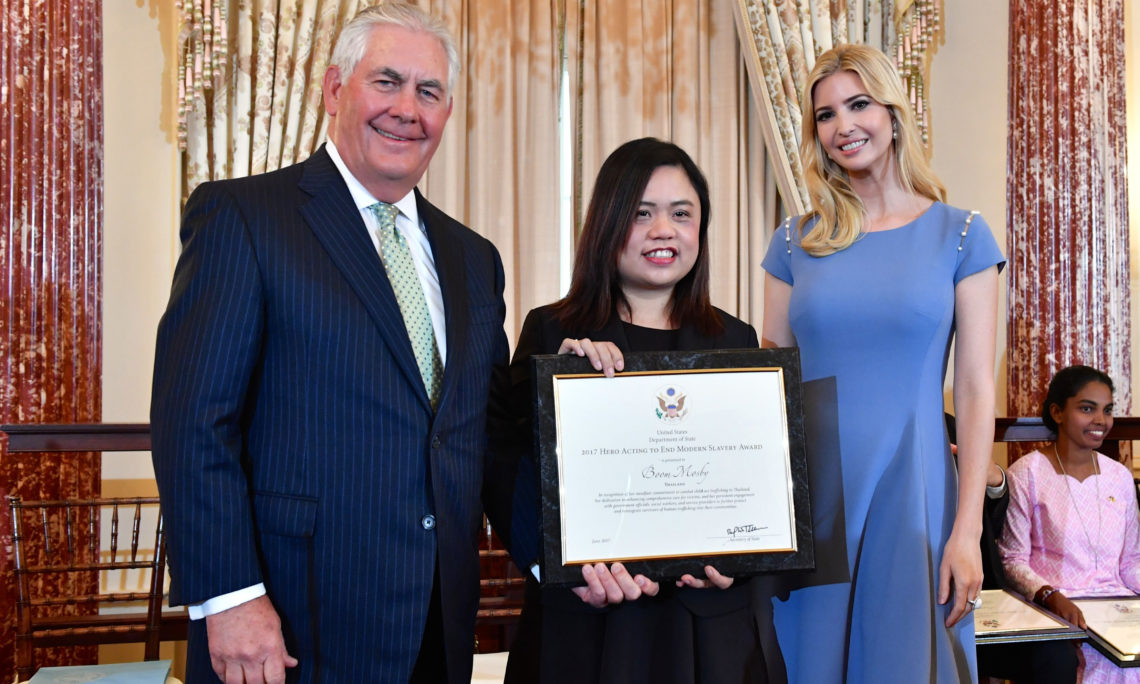 Ridding the world of human trafficking

In releasing the 2017 Trafficking in Persons report, Secretary of State Rex Tillerson called human trafficking “one of the most tragic human rights issues of our time.”

The report assesses trafficking in 187 countries, including the United States, and emphasizes the need to hold traffickers accountable and prosecute them.

Senior White House adviser Ivanka Trump, who joined Tillerson for the report release, called human trafficking “much more than a policy priority. It is a clarion call to action in defense of the vulnerable, the abused and the exploited.”