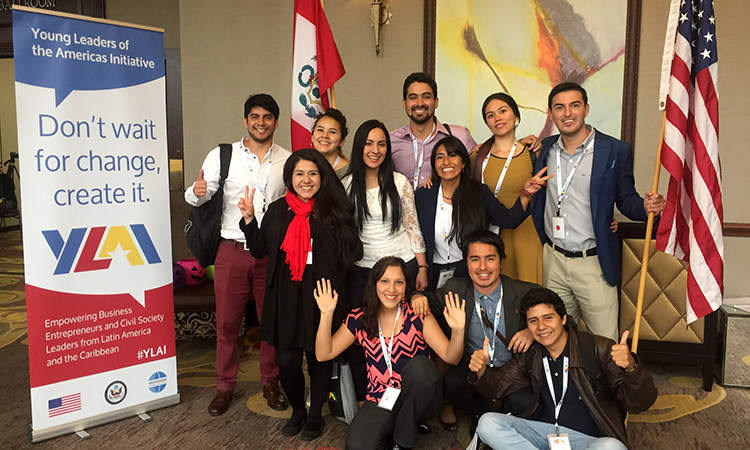 U.S. government, private sector and civil society leaders will meet with 250 Latin American and Caribbean young business and social entrepreneurs from November 9-11 at the Closing Summit of the Young Leaders of the Americas Initiative (YLAI) Professional Fellows Program.

President Obama launched the Young Leaders of the Americas Initiative in April 2015 to expand opportunities for emerging entrepreneurs and innovative civil society activists in Latin America and the Caribbean. YLAI is one of the four Young Leaders Initiatives that aim to empower young people around the world and ensure they have the tools, skills, and networks to tackle our shared global challenges.

The young Latin American and Caribbean leaders are convening in Washington after spending five weeks in individualized fellowships developing their business or social venture plans at start-ups, small businesses, and various organizations in cities throughout the United States and in partnership with community groups and U.S. universities. The YLAI Fellows Program is the flagship program of the Young Leaders of the Americas Initiative. Alumni of the Program will join other young entrepreneurs and change makers from Latin America and the Caribbean in the YLAI Network.

For media inquiries, please contact ECA-Press@state.gov. Participants and those watching the livestreams at http://ylai.state.gov/live are encouraged to use the hashtag #YLAI2016 to join the conversation.