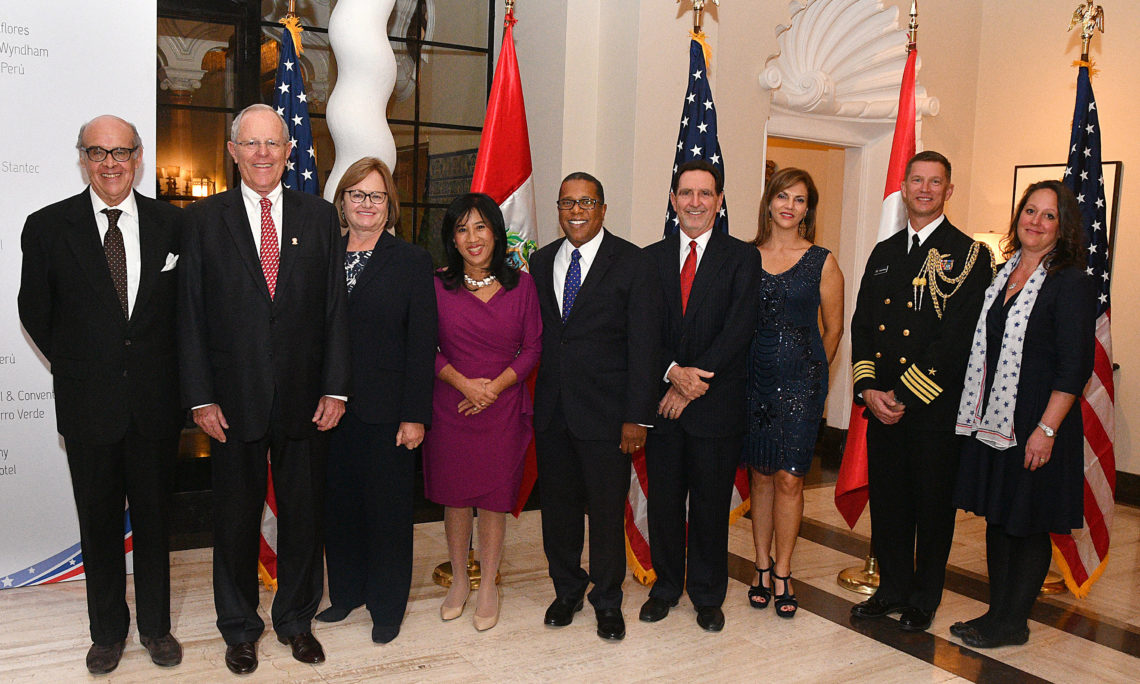 Ambassador Nichols hosted a diplomatic reception to celebrate U.S. Independence Day at his residence on July 5.  The Ambassador and his wife Geri Kam received Peruvian President Pedro Pablo Kuczynski, his wife Nancy Lange, Foreign Minister Ricardo Luna, representatives of the Peruvian government, the business sector, and civil society, as well as members of the diplomatic corps.