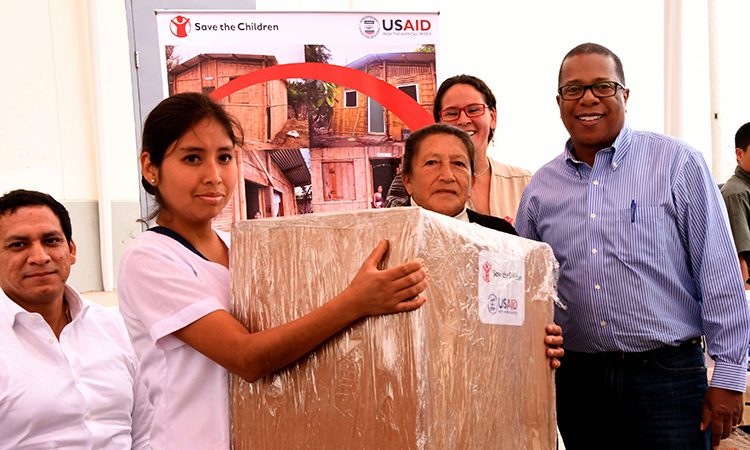 The Ambassador stated, “We are proud to collaborate in these efforts.  Our countries are allies and we stand together.”  He made these remarks in the city of Trujillo, accompanied by the regional governor of La Libertad, Luis Alberto Valdez Farías, the Minister of Development and Social Inclusion, Cayetana Aljovín Gazzani, La Libertad member of Congress Gloria Montenegro Figueroa, and the Regional Director for the National Civil Defense Institute (INDECI), Hipólito Cruchaga Mercedes.

The U.S. provided $3.6 million in humanitarian assistance in the immediate aftermath of the strong rains and flooding that affected Peru in March and April of 2017, which included the operation of relief flights, as well as the purchase and distribution of equipment and supplies to the most affected communities.  This new assistance, provided through a grant to Save the Children Peru, brings the U.S. Government’s total contribution to over $6 million.

The Ambassador explained that the grant announced today will be focused on the Ascope, Paiján, Casa Grande, El Porvenir, Chao, Virú and La Esperanza districts of La Libertad region.  The districts in Lambayeque region that will benefit from this latest grant will be Illimo, Pacora, Jayanca, Mórrope, Túcume, Mochumi and Motupe.