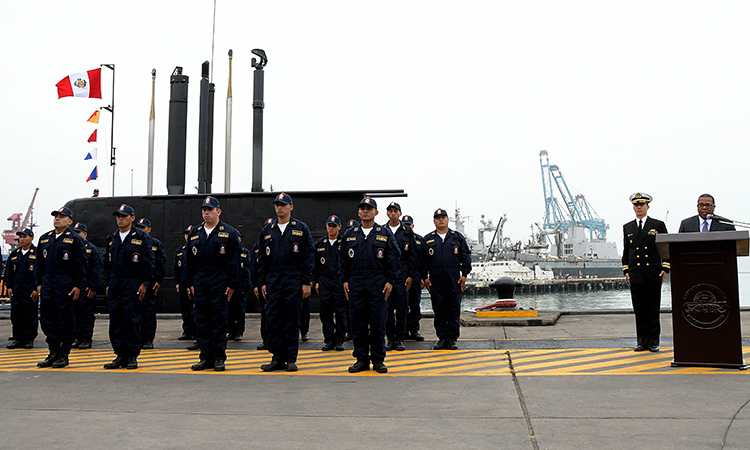 On June 9th, Ambassador Brian A. Nichols wished the crew of the Peruvian Navy submarine B.A.P. Pisagua success in its participation in the Diesel Electric Submarine Initiative (DESI) between Peru and the United States.  Peru has deployed submarines to the U.S. 14 times as part of DESI, more than any other partner nation.

During the departure ceremony for the submarine at the Callao Naval Base, Ambassador Nichols noted, “This is an example of the deep and strong bonds between our naval institutions going back to 1920, when the first U.S. naval mission came to Peru, but more importantly, this is another example of the friendship between Peru and the United States.”