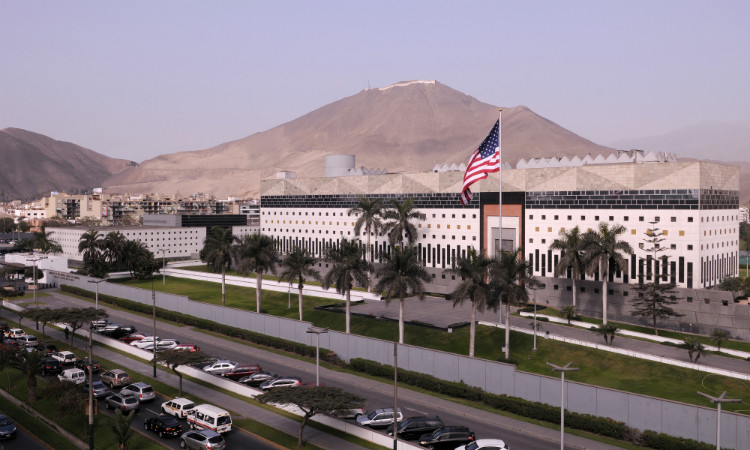 The Embassy of the United States in Peru is one of the largest and most important diplomatic missions in the country. Its goal is to deepen ties of cooperation and understanding between the two nations, through the strengthening of bilateral relations, the promotion of commercial exchange, and also through economic and cultural activities.

Likewise, the Embassy seeks to promote better understanding of the United States, its society, its government and its political patterns, through information and cultural programs that reach all of Peruvian society.

Through the programs of the United States Agency for International Development, the Embassy is providing economic assistance to promote democratic values in Peruvian society, reduce poverty, promote alternatives to narcotics production, and improve the quality of life of the poor and the disenfranchised.

The following government agencies function at the Embassy: