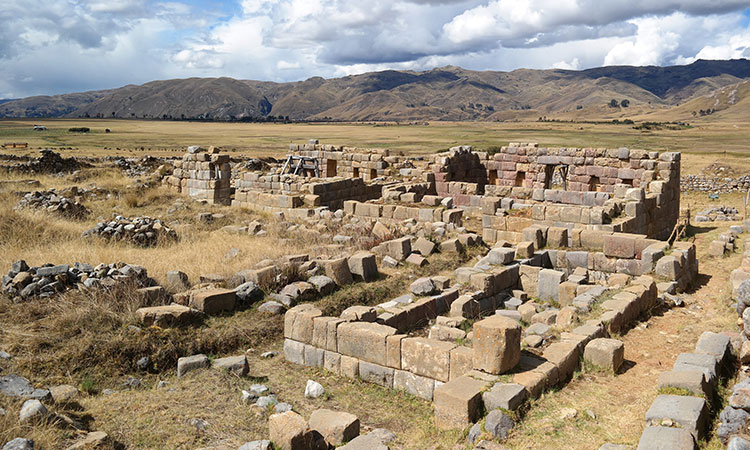 Ambassador Krishna R. Urs and Minister of Culture Patricia Balbuena, announced a winning project for the 2018 Ambassadors Fund for Cultural Preservation (AFCP): the conservation and restoration of the Inka temple of the Huánuco Pampa archaeological site. The announcement took place this morning at the Huaca Mangomarca, in San Juan de Lurigancho, Lima, whose pyramid of the Ichma culture was a 2017 AFCP winner.

This project, chosen through a selection process in Lima and Washington, DC, was presented by the Ministry of Culture within the framework of the Qhapaq Ñan program, the Inka road system recognized as a World Heritage Site by UNESCO. The $100,000 prize is expected to contribute to the development of the community through the promotion of local tourism and linkage to the Huánuco Pampa archaeological site.

Ambassador Urs noted, “The project in Huánuco Pampa will allow us to support the conservation of cultural heritage in the Huánuco Region, where we have also financed the construction of the Regional Emergency Operations Center (COER) and the construction of a police academy for the training of young cadets, future officers of the National Police of Peru.”

Minister Patricia Balbuena highlighted “the role of the residents of Huaca Mangomarca, who contribute with their care and maintenance” in preserving that site in Lima.