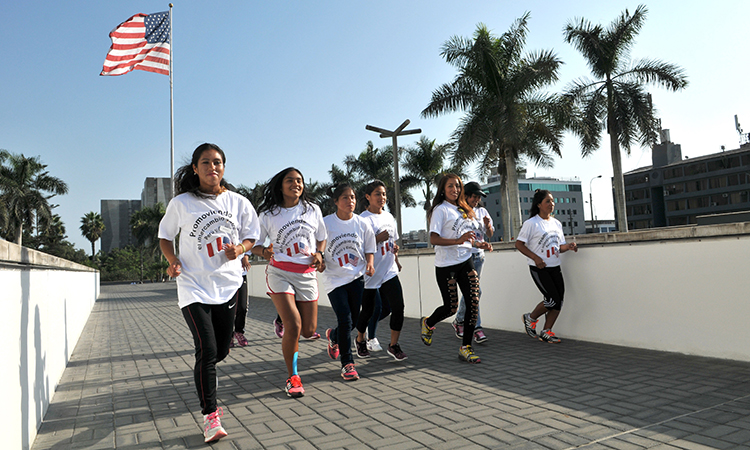 These athletes will participate in leadership and empowerment workshops in the U.S. that will give them the tools to develop volunteer programs in their hometowns.  They will also continue their athletic training to become the next generation of Peruvian champions, following in the footsteps of Inés Melchor and Gladys Tejeda.  Three team members from Huancayo – Deysi Quispe, Deysi Chocca, and Sonia Salazar – proved their ongoing efforts by sweeping the first three places at a 5 kilometer run that was part of the recent “North Face Endurance Challenge” in Virginia.