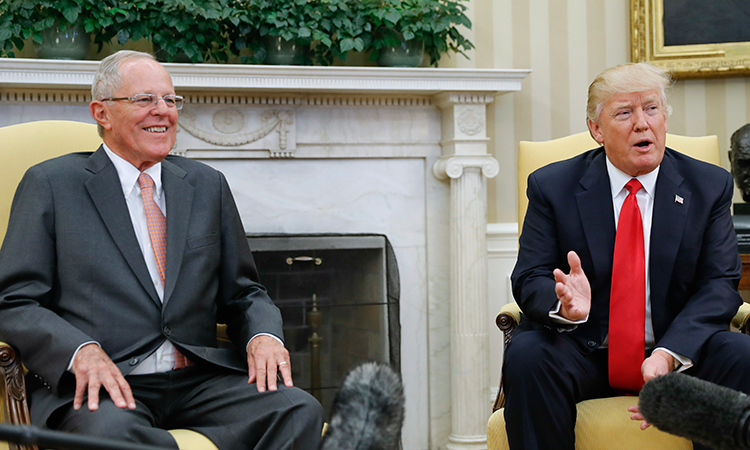 President Donald J. Trump met today with President Pedro Pablo Kuczynski of Peru to discuss ways to deepen the close collaboration between the United States and Peru.  President Trump underscored the continued United States commitment to expanding trade and investment ties with Peru and others in the Asia-Pacific region.

The leaders reiterated the two countries’ shared responsibility in the fight against transnational organized crime and discussed options for closer defense and security collaboration. The leaders also underscored their concerns about the political and economic situation in Venezuela and the need for collaboration among leaders in the Western Hemisphere to preserve democratic institutions in that country.

President Trump thanked Peru for hosting the 8th meeting of the Summit of the Americas next year.