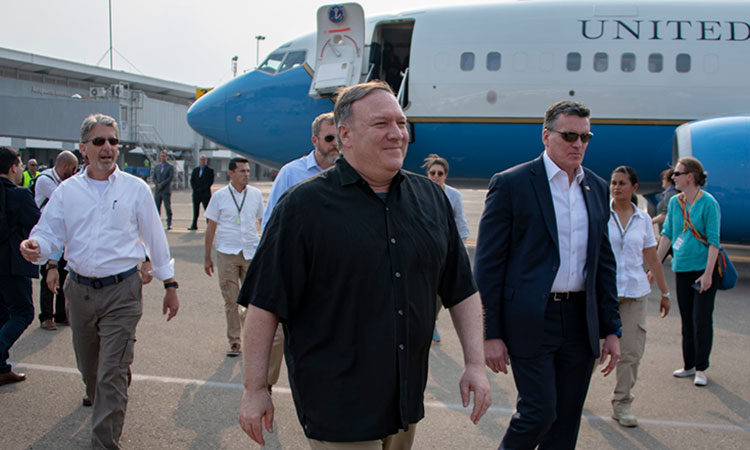 Secretary of State Mike Pompeo capped four days of travel through South America with a stop in Cúcuta, Colombia, a major entry and transit point for Venezuelans fleeing the manmade crisis at home.

The secretary, who was joined in Cúcuta by Colombian President Iván Duque and Vice President Marta Lucía Ramírez, visited the Center for Transitional Assistance for Migrants, a shelter for Venezuelan migrants and refugees.

Pompeo also visited the Simón Bolívar International Bridge, which has been crossed by tens of thousands of Venezuelans, and toured a warehouse where critical assistance is being stored until it can reach people who are suffering inside Venezuela.

The United States has pre-positioned 208 metric tons of critical assistance — primarily food, medicines and other supplies — in Cúcuta for distribution inside Venezuela. On April 10, Vice President Pence announced the U.S would provide nearly $61 million in additional humanitarian assistance. (The U.S. — along with more than 50 other countries — supports interim President Juan Guaidó.)

Duque affirmed Colombia’s support for U.S. policy, saying, “All sanctions — political sanctions, economic sanctions, and diplomatic sanctions — must be used to isolate the dictatorship and to allow for transition in Venezuela.”