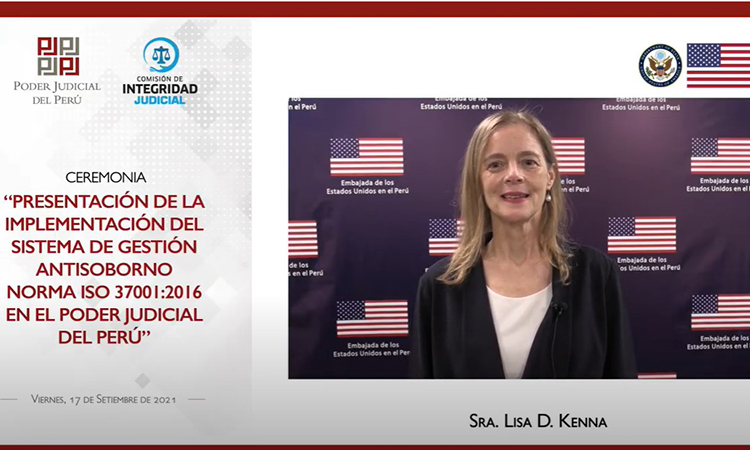 The United States Government supported the judicial branch in the process to reinforce internal controls and complete the audit to receive the corresponding certification.

As part of this process to obtain certification, on December 15, 2020, the Judiciary approved a new Anti-Bribery Policy that applies to all its operations. This policy outlines the standards of ethical behavior and, among other aspects, ensures confidentiality and protection against retaliation for those who file complaints.  To complement this project, the United States also supported the implementation of a virtual platform to receive complaints of corruption or unethical conduct in the institution.

Furthermore, the President of the Judiciary Elvia Barrios thanked the United States for the donation and continued cooperation with Peru, and highlighted that U.S. support allowed the execution of this project, which will reinforce transparency in administration of justice.