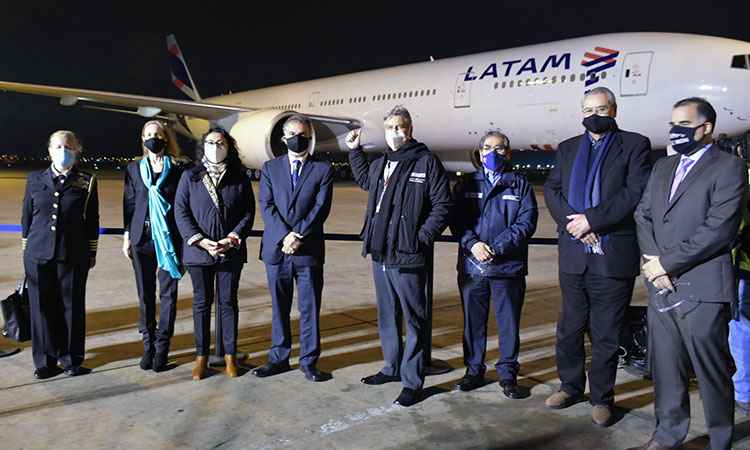 Lima, June 29, 2021.- The United States Government announced the donation of two million Pfizer vaccines to support Peru in the fight against COVID-19.

Additionally, the U.S. has donated160 ultra-refrigerators that allow the vaccines to be kept at the appropriate temperatures.

The first batch of one million vaccines arrived today at the Jorge Chávez International Airport for its prompt distribution in the different regions of the country.

Two million high-quality vaccines represent the possibility of saving the lives of one million Peruvians.

The two million Pfizer vaccines constitute a bilateral donation from the United States Government to Peru. These are added to the 1.4 million vaccines that Peru has already been received through the COVAX program.

Ambassador Kenna highlighted that the United States has been alongside Peru since the beginning of the global pandemic.

“The United States Government has donated protective equipment and supplies for health personnel and those of the Armed Forces and Police, as well as more than 500 mechanical ventilators, 160 ultra-refrigerators, field hospitals, and oxygen equipment that have made it possible to save countless lives,” the Ambassador pointed out. To learn more about US assistance: https://www.usaid.gov/peru/fact-sheets/us-government-assistance-peru-covid-19-response