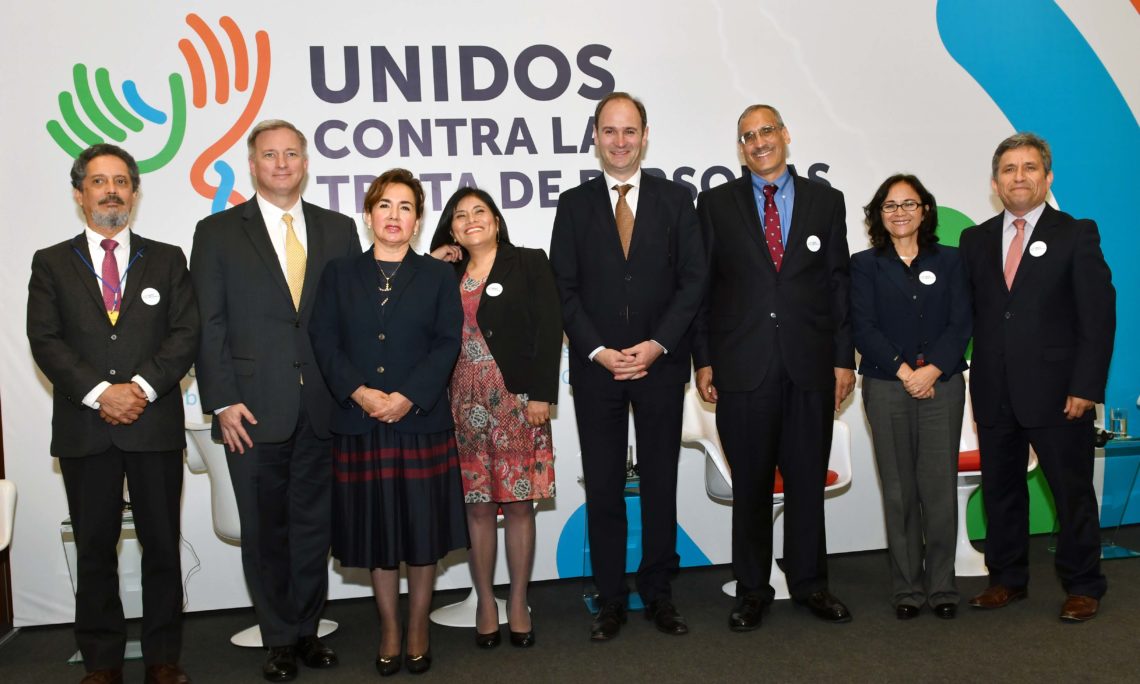 United States Ambassador to Peru Krishna R. Urs, United States Ambassador-at-Large to Monitor and Combat Trafficking in Persons John Cotton Richmond, and Vice Minister of Interior for Public Safety Nataly Ponce Chauca, commemorated the launch of activities to implement the U.S. – Peru Child Protection Compact (CPC) Partnership. The CPC Partnership was signed in 2017 to strengthen efforts to combat child trafficking in Peru and is the first of its kind in the region.

The State Department’s Office to Monitor and Combat Trafficking in Persons (TIP Office) led the negotiations for the United States and awarded $5 million to implementing partners: The International Labor Organization (ILO) and Centro Yanapanakusun. Peru’s Multisectoral Commission Against Trafficking in Persons and Smuggling of Migrants (Multisectoral Commission) led the CPC Partnership negotiations for the Government of Peru and pledged at least eight million soles to support the partnership’s objectives and increase personnel of the member entities of the Multisectoral Commission. The ILO Office of Andean Countries Director Philippe Vanhuynegem, and Centro Yanapanakusun Program Coordinator Pilar Contreras participated in the activities implementation launch.

The governments of the United States and Peru have committed to working collaboratively in Peru over the four-year implementation period to achieve improved and sustainable policies and practices to meet the CPC Partnership’s objectives. Activities will be focused primarily in Metropolitan Lima, Cusco Region, and Loreto Region, while certain activities may be conducted in other regions.

In his remarks, Ambassador Urs noted: “Today’s event is the culmination of over a year of collaboration between our governments, and celebrates the implementation of a four-year partnership between the United States and Peru to combat a horrific crime as is that of child trafficking. Our shared fight against human trafficking is a critical component in our combined efforts to neutralize transnational crime.

The ILO, Centro Yanapanakusun, and the sub-recipients will work with stakeholders across government sectors, as well as local community members in Cusco, to improve their ability to identify and appropriately refer suspected cases of child trafficking for investigation and protection.

Centro Yanapanakusun will organize and mobilize resources from civil society and municipal governments to strengthen child trafficking prevention for populations at high risk in the Cusco region. Working directly with communities most affected by child trafficking, Centro Yanapanakusun will establish alliances with key local actors, including traditional authorities, local governments, and schools to increase awareness of anti-trafficking policies and protocols and develop strategies and tools for prevention.

In addition, the ILO and CHS will build the capacity of state shelters to provide enhanced services to child trafficking victims.